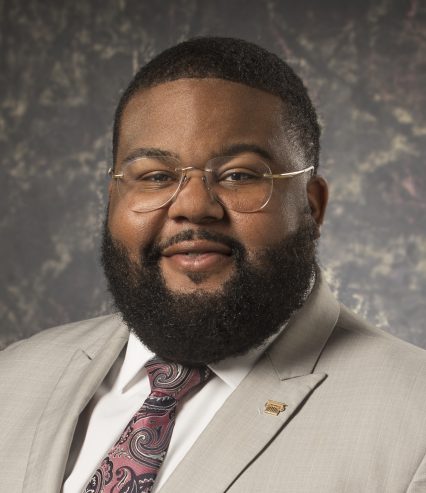 Joe W. Dillard, Jr. is a millennial leader who strives to create positive change in the world with the purpose of leaving the world in a better place for future generations. He is currently the External & Governmental Affairs Liaison for Hampton Roads Transit and participates in policy advocacy at the local, state and federal level.

Mr. Dillard began his undergraduate studies at Virginia State University where he pursued a Bachelor of Arts in Business Management. After transferring to Norfolk State University (NSU), he completed his Bachelors of Arts Degree in Political Science in 2012.

Mr. Dillard is the youngest Worshipful Master of his respective Prince Hall Masonic Lodge (Blooming Light Lodge No. 132). He also serves as the Worthy Grand Assistant Marshall for the Most Worshipful Prince Hall Grand Lodge. Mr. Dillard serves as Vice President of the Greater Hampton Roads Black Democrats and Outreach Chair of the Norfolk Democratic Executive Committee. He has served as an executive board member of the Hampton Roads Young Democrats and 2nd Vice President of the West Tidewater Young Democrats. Mr. Dillard also served as a Commissioner on Norfolk’s Mayor Commission to Reduce Poverty.

Mr. Dillard was recognized as the Master Mason of the Year for the First Masonic District of the Most Worshipful Prince Hall Grand Lodge of Virginia in 2013. The following year, he was honored as a Hampton Roads Living Legend by the City of Norfolk for his impactful work in the community. Also in 2014, he was honored by Bank Street Memorial Baptist Church for his leadership across the City of Norfolk. Mr. Dillard was recognized as an “Agent of Change” on WVEC Channel 13 in 2016. Mr. Dillard was ranked number eight in the Historical Black College & Universities (HBCU) Top 30 under 30 in its 2016 rankings.

Mr. Dillard looks forward to continuing to work to improve the lives of those around him.

Back To Other Team Members